close
The digital media landscape is constantly changing, so it’s important when doing business to be aware of the latest online trends. In this episode of 5 Business Rules, Monika Jansen and I share five crazy digital media stats that you should know. Spend 4 minutes watching the video or read on for the tips.

Social media use peaked in 2017

80% of Americans use social media in some capacity, but this figure has dropped a percent in each of the last two years. At this point social media is fully saturated, which means there is a lack of new adoption.

Among social media sites, only Instagram saw an increase in usage last year

Instagram experienced a slight 3% increase in users last year. No other major social networking site grew in that time. Not Twitter, Snapchat, or LinkedIn, and especially not Facebook.

Part of the reason for Facebook’s decline is due to concerns regarding privacy and over-information. Another issue is that younger generations aren’t as interested in joining Facebook as they used to be, which means there’s nobody to come in and replace older Facebook users when they pass away. 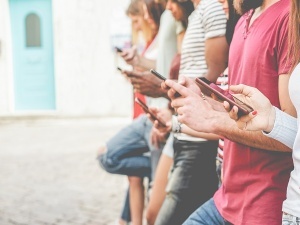 Americans are listening to more podcasts than ever

Approximately 32% of Americans are now listening to podcasts, which is up from 26% in 2018. People who regularly listen to podcasts consume an average of seven podcasts per week.

Almost a quarter of the country owns a smart speaker

In other words, approximately 65 million Americans use products like Amazon Alexa and Google Home. Amazon is the winner between those two, with at least twice the market share as Google. People use their smart speakers for a number of purposes, such as making reservations or playing music and podcasts.

It’s important to be aware of all these trends because then you know where you should be concentrating your time. Social media isn’t cheap anymore, so you may be better off switching it up. Running a podcast takes a lot of commitment but being a guest on a podcast is also an option. Not saying you should ditch social media, but you should consider other ways of getting your message out there.

If you have any further questions about these trends, go ahead and get in touch with us!