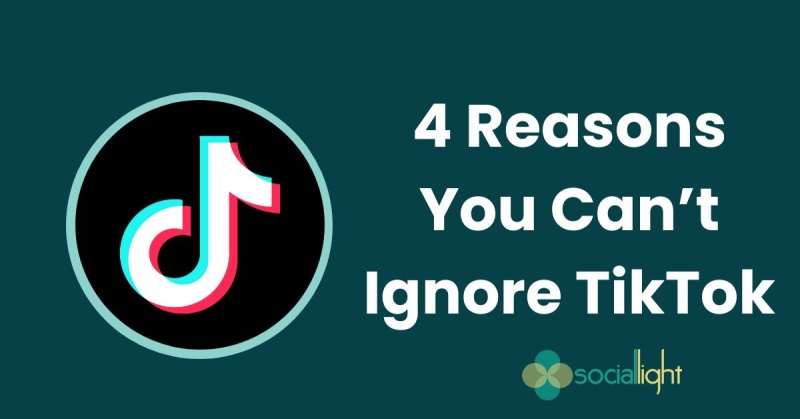 Up to this point TikTok is something I have largely ignored. I’ve been aware of it’s growing momentum, but I still largely think of it as a platform filled with dance videos and kids doing stupid things. As the majority of my clients are B2B, or deal with more mature audiences, I felt secure in the fact that it was not a place I, or my clients, needed to be.

Lately, that’s started to change as I keep reading articles that indicate TikTok is something that we need to pay attention to.

For starters, let’s look at the numbers.

This last one really got me. After all, I had been thinking of this as a platform for kids, but only 28% of its user base is under 18. That means 72%, or just over 1 billion adults with buying power are spending time on TikTok. 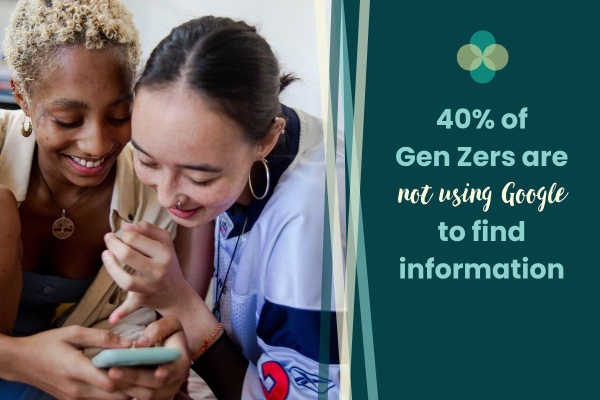 #2 TikTok is Replacing Google as a News Source

Roughly 40% of Gen Zers (ages 10-25) are no longer using Google to find information. They have switched to TikTok or Instagram instead of Google Search, according to NBC News.

The reason? They want visuals.

They say that reading about a product is different than actually seeing it in action. And while they might still use Google for a school project, they are taking apartment tours and learning about skincare products on TikTok.

Apparently this is something Google is actually worried about. They have plans for a more immersive map experience, and are working hard to stay relevant to an evolving audience.

These days building a strong brand presence on Facebook is nearly impossible, unless you have a strong ad budget to get you going.

Other platforms, like Twitter and LinkedIn, create your newsfeed based on the accounts you follow. And just about every platform has an algorithm that gives precedence to accounts with a large fan base.

TikTok shakes that up by helping expose content and creators that may be of interest to each unique user. In an explanation of how their algorithm works, TikTok says:

While a video is likely to receive more views if posted by an account that has more followers, by virtue of that account having built up a larger follower base, neither follower count nor whether the account has had previous high-performing videos are direct factors in the recommendation system.

This approach helps level the playing field by giving new creators a chance to shine.

One of the biggest elements of TikTok is their emphasis on trends.

Yes, trends include a lot of questionable challenges, like the corn cob challenge (eating a cob fixed to a spinning drill), but just like popular memes, TikTok trends are taking their place in pop culture. At a basic level, if you want to be popular at cocktail parties, or even know what your kids are talking about, being aware of TikTok trends is a must.

On a deeper level, there are serious conversations happening on TikTok. This Washington Post article talks about the rise of interracial influencers, and how they are playing a role in the nation’s perception of race. 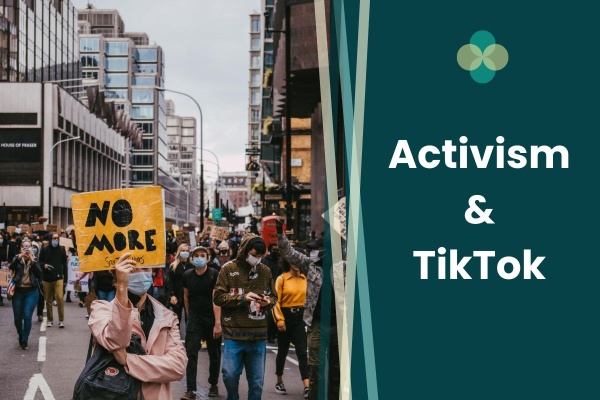 Activism also has a strong presence on TikTok. A famous example is the “false registration drive,” which resulted in thousands of empty seats for a Trump rally.

Other examples of TikTok activism that are driving off-line activity include:

TikTok has become a space that coaches, fashion-focused companies, and real-estate can all shine. So the next time you think about your social media strategy, you might consider making TikTok a part of it.

Have questions? Don’t be afraid to ask!

*Stats from Sprout Social and DemandSage