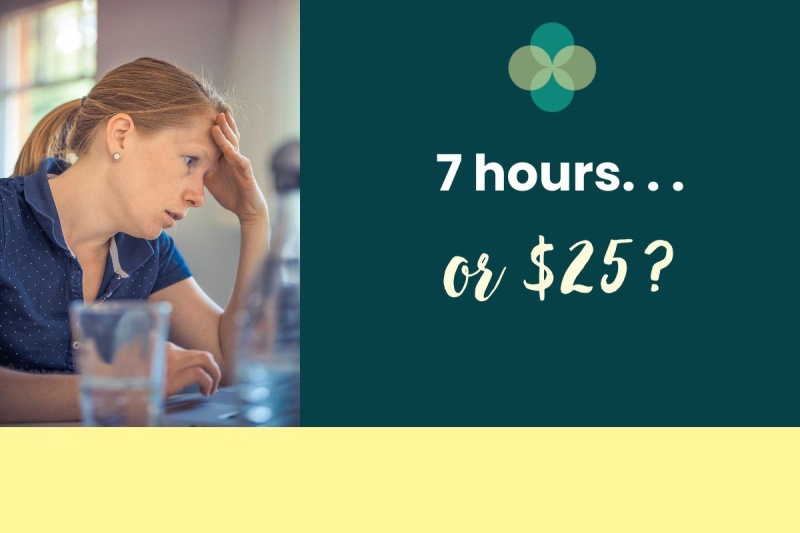 I have been having great conversations with people I’ve met on LinkedIn lately (yes, networking does work!), and two really stood out to me.

In the first, I was talking to a new business owner who told me the week before she had spent SEVEN hours trying to figure out how to connect a form from ConvertKit into her website.

The second conversation was with a long-time business consultant who told me that her team had done a study in which they interviewed 50 small business owners, and the #1 obstacle to growth was bandwidth of their key resources.

When asked where they needed the most help, the answers were split between:

Interestingly, the business consultant told me that while these small business owners were willing to bring in some help around payroll and billing, they were not planning to bring in external support for any of the areas they were really struggling with.

Saving Money Can Cost You Revenue

As a small business owner myself, I absolutely understand that budgets are tight and you can’t hire everyone you want.

Yet, as I told the woman who spent seven hours on the web form, the task would have taken me 15 minutes to do and cost her a whopping $25.

To put that in perspective, let’s imagine, that that business owner billed at a rate of $100 per hour. Which means during the seven hours she spent frustrated on Google, she could have brought in $700 of revenue.

Okay, full disclosure, I wouldn’t have sent her an invoice for $25, I would have put her on a support package that would have run her $250/month. But let’s break that down a bit.

To keep the math simple, let’s say that as part of her support package, my team did four tasks for her in a given month, each of which would have taken her around five hours.

You Need Help To Grow

I’m honestly not throwing these numbers out in effort to drum up new business. I’m doing it to show that sometimes our efforts to be mindful of budgets end up costing us more than we realized.

As the operational consultant told me, small business owners need to focus on the tasks that only they can do. Everything else should be delegated or outsourced if they want to grow the business.

Need a better reason to outsource?

In many cases, when you bring in an expert, it not only lets you be more efficient, it actually helps you grow.

Have questions? Don’t be afraid to ask!